The Belton Pirates Powerlifting team starting off their meet season with a statement performance. 43 lifters competed in the largest high school meet in the mid-west boasting 50 high schools and over 900 lifters. The men's team won the meet for the third year in a row, the women's team finished a close second and the 9/10th grade boy's team finished a close second as well. The girls have finished runner up the last three years, but closed the gap losing by 6 team points. The Basehor women's team have won their home meet 10 years in a row and we came up one medal shy of upsetting them. Very strong performance, especially considering they had about three times as many girls competing.

The 43 pirate lifters came home with a record 77 individual medals. Many weight classes had over 30 competitors and one had as many as 51 registered for one weight class. 32 of our 43 lifters finished top 6 in their respective weight class. Very strong performance to start the year. 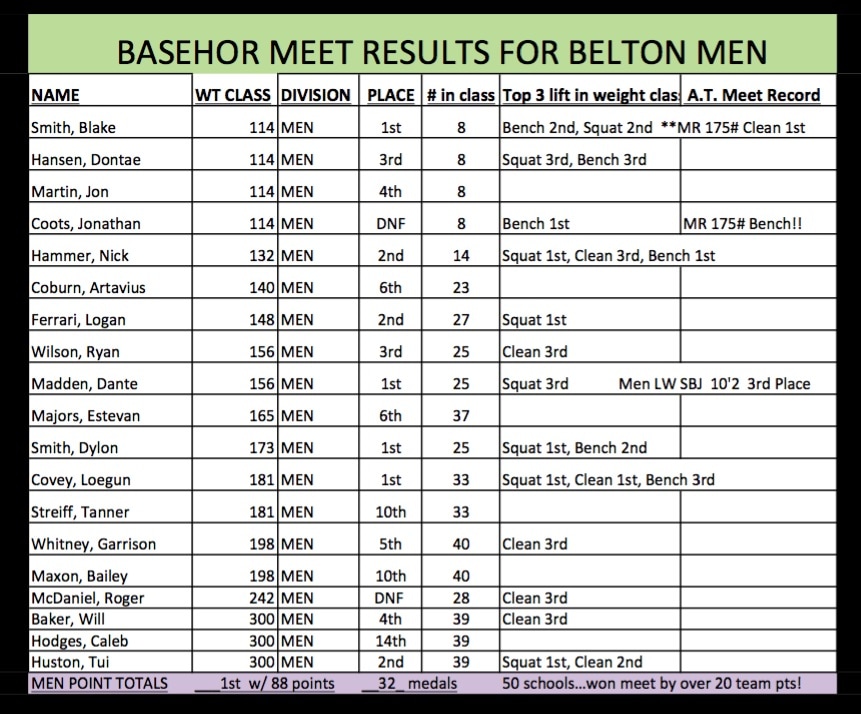 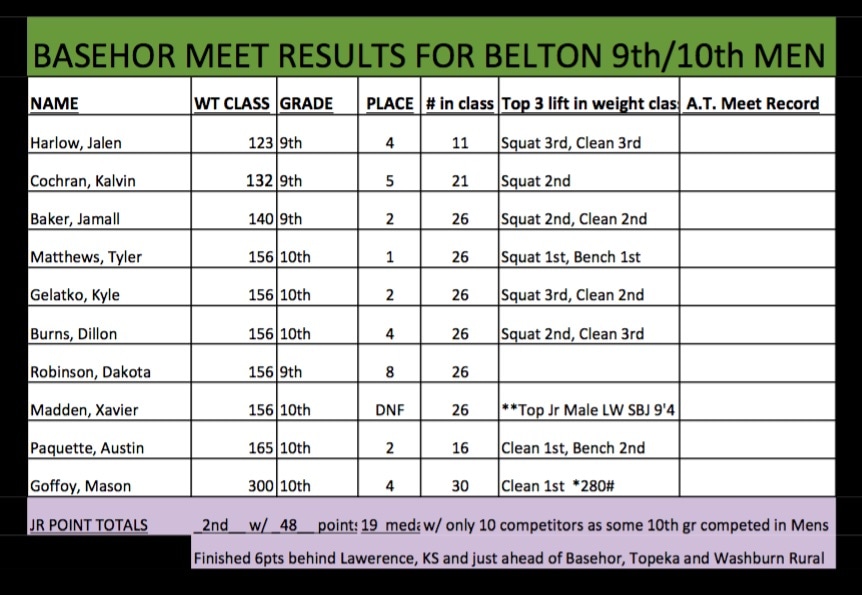 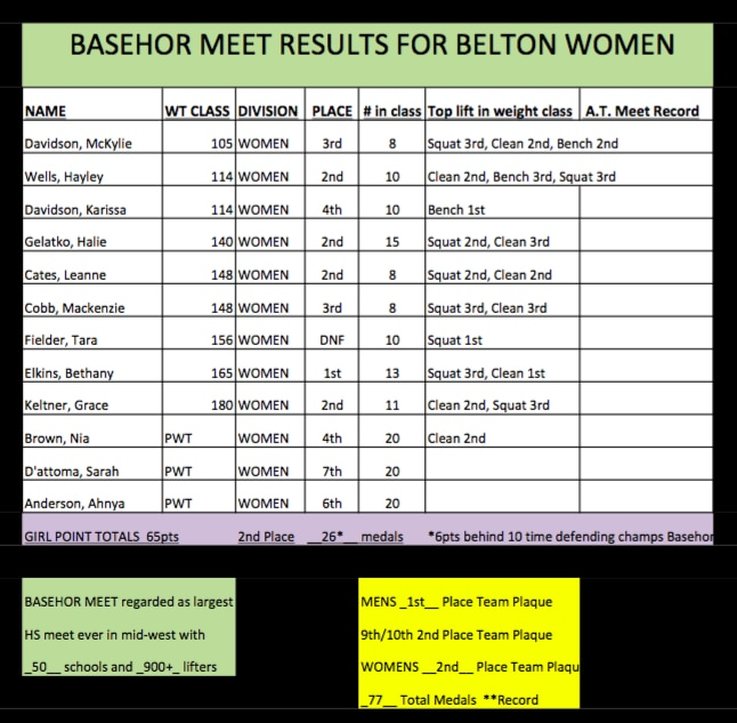